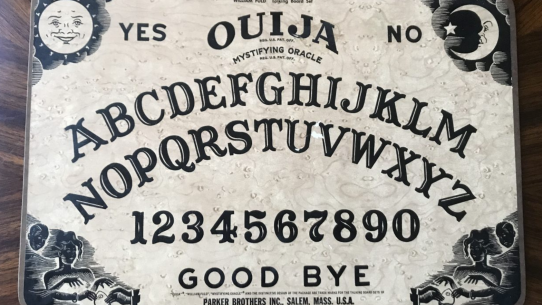 A 1920 short film shows a janitor and cartoonist playing around with a Ouija board. Fast forward to 1944, and the board made another appearance in the horror film “The Uninvited,” and then of course in the 1964 classic “The Exorcist.” The game seems pretty straightforward; on the board are the letters of the alphabet, the words “yes,” “no,” and “goodbye,” numbers 0 to 9, and a few other symbols. Participants simultaneously place their fingers on the planchette and wait for the spirits to start spelling out messages.

Ouija boards have been prevalent in cinema for several years, generally used as a fun way to spook audience members. And it’s still very much present in contemporary pop culture; in 2016, another movie based on the mystical board was released — Ouija: Origin of Evil.

These films often show protagonists theatrically dusting off a Ouija board found hidden somewhere in a basement or attic. They may gather a few of their friends to help set up the board, form a circle around it and light some candles. Cue the dramatic music, and the characters are ready to start communicating with spirits.

But it turns out that the Ouija board is not just a simple game. It has a much longer and more enigmatic history, filled with unknowns and controversies.

Hints of the Ouija board, otherwise known as a “talking board” can be traced back to the 1840s, when a new movement called Spiritualism started gaining popularity. Spiritualists claimed that the dead and living could communicate with one another. In 1886, not long after the arrival of Spiritualism, the New York Daily Tribune released an article in which a Western man reported about a “mysterious talking board” in Ohio: “I have seen and heard some of the most remarkable things about its operations — things that seem to pass all human comprehension or explanation.”

It wasn’t until 1890 when American businessmen Elijah Bond, Charles Kennard and William H.A. Maupin decided to patent the Ouija board as a game. Its unique, ancient Egyptian name translates to “good luck.” After the patent was granted, the board became a great success. According to an article by Smithsonian.com, the board was marketed as “both mystical oracle and as family entertainment, fun with an element of other-worldly excitement.”

Despite the Ouija board’s commercial success, it also gained a bit of controversy. Some Christians believe the board can be extremely dangerous, leading to demonic possession. Others criticize it as a capitalist scam.

Nevertheless, whether you think of the Ouija board as a silly game, overused plot device or a way to contact malevolent spirits, there’s no denying its fascinating history.

To learn more about the Ouija board, Time published an interesting interview with Ouija historian Robert Murch, which you can read here: Ouija: Origin of Evil and the True History of the Ouija Board. 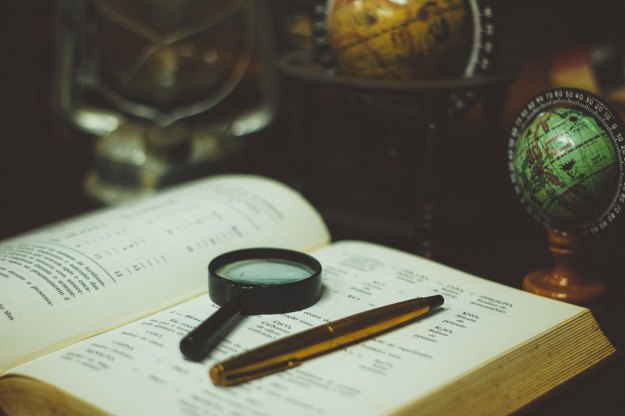 These are just a few cases and phenomena that have one frustrating commonality: They remain unsolved to this day.

Whether we’re dealing with the possibility of the supernatural or looking into true crime, some of the most iconic unsolved cases of our time continue to haunt us. From in-depth documentaries to conspiracy theories hidden in the dark web, we are still consumed by these mysteries. And when new details of cases emerge every so often, we can’t help but formulate more questions: Who did it? Is it real? Will it ever be solved?

END_OF_DOCUMENT_TOKEN_TO_BE_REPLACED

Instagram, where even the simplest of photos can be transformed just by adding that beautiful Kelvin or Valencia filter. The photo-sharing app has become quite the phenomenon, and it’s where many people turn when they need a little inspiration or escapism. So whether you’re researching for your next trip, or you just really need to see a photo of a dog, we’ve got you covered.

END_OF_DOCUMENT_TOKEN_TO_BE_REPLACED

I’m a writer and digital content strategist with dreams of working for an online publication. I hope to provide encouragement, knowledge, and understanding through the written word.